What not to do in China! - What Not To Do
News Update
Loading...

What not to do in China! 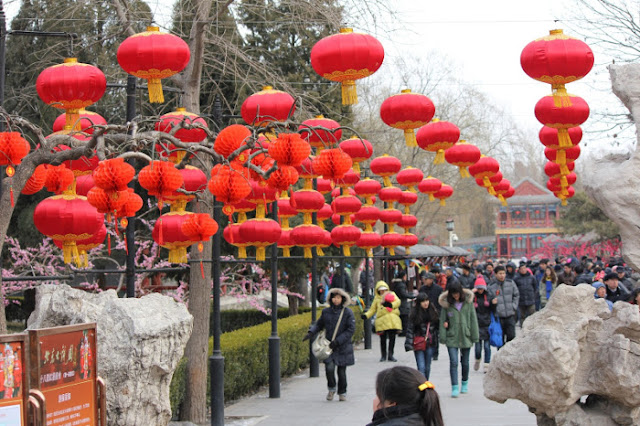 Yes of course there are basic rules of life that we must apply like "Do not put your elbows on the table" and more... Fortunately, by the way. But in China it's different. Much to put your hand before the mouth to yawn is not one but there will be many other things that will replace that!

Do not kiss a Chinese, nor hugs!
The Chinese are very modest and for them it is very bad to go kiss them or even to take them in your arms! Imagine that the couples themselves, except in the big cities, can not walk hand in hand or kiss each other and demonstrate their feelings... so imagine doing a kiss to a stranger! It's just not possible! We just say "Hello" by lowering his head slightly to show his respect. Warning: We do not bow! The inclination is a Japanese gesture and we know that China has not Japan in his heart since the Sino-Japanese War...

The handshake is simply for professional meetings and we do not drag on.

Do not talk with hands and we pay attention to the tone of his voice!
The Chinese are "calm" people, who know how to control their emotions and basically speak in the manner of an Italian means that we do not know how to master! Just like the tone of the voice, if you're like me "I'm not angry, I'll explain!" it does not work like that either! You have to know how to be master of your emotions, of your joys as of your anger, you have to know how to leave nothing out. Example: sometimes I speak with Panda and, of course, I raise my voice a little and he says "Do not get angry" while I'm calm. Forced he lived in France so he knows but with the other Chinese it is not possible to act like that. So control your hands as well as the intonation of your voice, you can speak loudly (some Chinese do it in the subway) but not in an edgy way!

We must share the dish!
If there is anything that exasperates the Chinese in France it is this: everyone has his own dish. In China, we choose several dishes that are put on a turntable and each "pite" in turn on the plates. The meal is a moment of sharing and everyone shares the dishes presented. Only the bowl of rice is served individually and again! What I can understand, I'm having trouble getting my plate right now... So do not think order a dish just for yourself and keep it for yourself!

We do not laugh with the wand!
One must not play with! Turn it on the table, between your fingers, push them into your nostrils and / or ears do not even think! We also do not use the chopsticks upside down because it's as if you used "buttocks" to be polite... We do not tap his chopsticks on his bowl and we lick / suck! As explained above, in China we share dishes. So you would not like your neighbor, for whom you have respect of course, soaking his chopsticks licked from everywhere in the food YOU will take! We do not eat either with the fingers, everything must be taken with the sticks: the bones, the cores etc...

We do not show anything or anyone with their chopsticks and we do not use them to catch anything and everything on the table. What I have already tended to do...

DO NOT: DO plant chopsticks vertically in the rice! This is very frowned upon because it represents the incense that is burned for the deceased.

Drink before drinking!
It has happened to me to have drunk before having toast in Europe... Already the one who drinks is not anyone, the one who drinks is the guest (so important or the host) so as long as he does not drink and as long as he has not drunk we do not do anything at the risk of making him look less important than he is. What is equivalent to losing face and that is not possible for a Chinese! A good thing about Shanxi, I think, is that they clink several times! I see Panda, his father, his friends who can toast several times in the same meal!With his friend Xi Rui, whom I affectionately call Xi Gege Huan Jiejie ("席 Xi" being his name, I wanted to make a pun with "Xi Huan" meaning "Love" "Gege" = "big brother" and "姐姐 Jiejie" = "big sister" because he likes older girls, so big brother Xi loves older girls!), They drink whenever they drink.

First of all seniors and we do not think about ourselves!
It is first and foremost for seniors to use and even be served. In business meetings it is better to let him start and not to serve him. But as a family, if the elders are next to you, you can put some small food in the bowl. Laoye put small pieces on my plate and me to show my respect and to show him that I thought of him I returned the favor which was appreciated. After I did the same thing in Panda which pleased the Panda Family because he saw that I was also concerned about him. Do not think that only serve you, show your hosts that you care about them by putting a little food in the bowl they will be delighted. In addition, we take the piece that is closest to you and also we do not spend 3 hours to choose a piece because it's also frowned upon, it means you want the best piece for you little selfish !

The bill!
In China, we pay very little separately, on the contrary we pay a bill entirely! There is no "I took this and that, the rest is yours!" not at all! Whether with family, friends... the Chinese are generous and they do it with good heart! It will inevitably be "a fight" on who will pay the bill, of course it's a "good kid fight" because everyone will want to pay. But if the one who accompanies you wants absolutely to pay the entire meal, it would be very bad to refuse. Of course you tell him that it is only a postponement and that next time it will be you but you must not refuse for hours at the risk of annoying him.
Facebook Twitter Google+
Next
This Is The Current Newest Page
Previous Post »
Comments