12 things you can not do in Cuba - What Not To Do
News Update
Loading...

12 things you can not do in Cuba 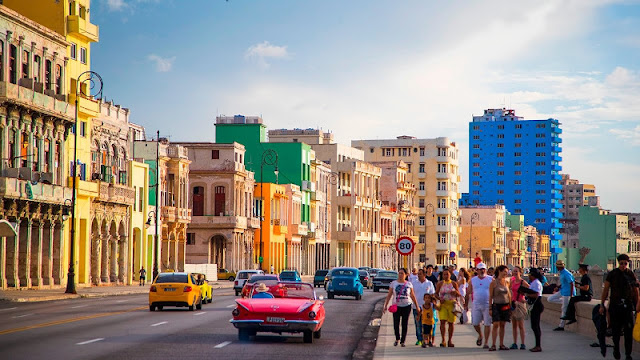 All the countries of the world have their own codes, their prohibitions, all those things that are not necessarily forbidden to do, but rather discouraged. Here are 12 examples concerning Cuba.

1. Talking politics in public
It is not advisable to speak politics in public, to engage in heated discussions, and especially to criticize the Cuban government openly and its politics. Despite recent signs of openness, the country remains fairly closed and freedom of expression is still relatively relative.

2. Grill the priority
It's a bit like home, when people are online to wait for the bus, we must respect the order of arrival and especially not to double those who have been waiting for a long time. Put yourself at the end of the line and take patience.

3. Come empty-handed
The tradition is that when you arrive at someone's place for a meal or to spend the night, you bring a gift. Do not come empty-handed, it would not be well seen at all.

4. To be shameless
The sun, the beach, the cocktails.. all this can make you want to let go and to put, for example, in monokini for girls. Do not do it despite the urge not to have a jersey mark on the hips that is pulling you. There is a form of modesty in Cuba that forbids this kind of behavior. However, some all-inclusives have areas reserved for nudists.

5. Do not tie your bike
Bike theft is in Cuba commonplace. Always attach it even if you leave it unattended for two minutes.

6. Get impatient
You will realize very quickly, the pace in Cuba is rather nonchalant. No need, therefore, to get upset if everything is not going fast enough for you. "In Rome, do like the Romans," they say. The same goes for Cuba.

7. Buy cigars anywhere
There are a lot of fakes with respect to cigars and it is very easy to be fooled. Do not buy your cigars anywhere under the pretext that they are cheap, and prefer the approved stores that issue certificates of authenticity, otherwise you will buy fake Montecristo.

8. Have a lot of money on oneself
If the island is rather safe, it is not recommended to walk with large amounts of cash on you. Pickpockets could benefit some parts of the city.

9. Spit on the street
Do not spit in the street, it is very badly seen in Cuba.

10. Misinterpreting the expressions
Cubans are very expressive in their way of talking and talking to people. They very easily punctuate their sentences of Mi corazón (my heart), Mi vida (My life), or even Cariño '(My dear). Do not interpret this as two-way advances, it's just their way of talking, not the cruise !

11. Photographing the military
Do not photograph the military. If most tourists do, they are usually reprimanded very quickly and stop doing so.